Project Diana captured the public imagination, which was stirred by the realization even among non-experts that extraterrestrial communication was now possible. The War Department fanned the excitement by speculating that the Signal Corps' accomplishment might lead to accurate topographical mapping of the moon and other heavenly bodies, measurement and analysis of the ionosphere, and radio control of space ships and missiles orbiting the Earth.
The popular press rose to the occasion. Life magazine published a beautiful photographic spread, including one of the antenna in which the sun had been pasted in because the editor didn't think the moon looked bright enough. Time magazine joined the prediction game by suggesting that the methodology could be used to test Einstein's Theory of Relativity. Newsweek, more cynical, pooh-poohed the War Department's speculations as "worthy of Jules Verne"--though in fact, all these predictions eventually came true.
A sampling of contemporary media offerings appears below:
​

"Radar Makes Round Trip to the Moon"
newsreel dated January 31, 1946, shown in movie theaters around the world 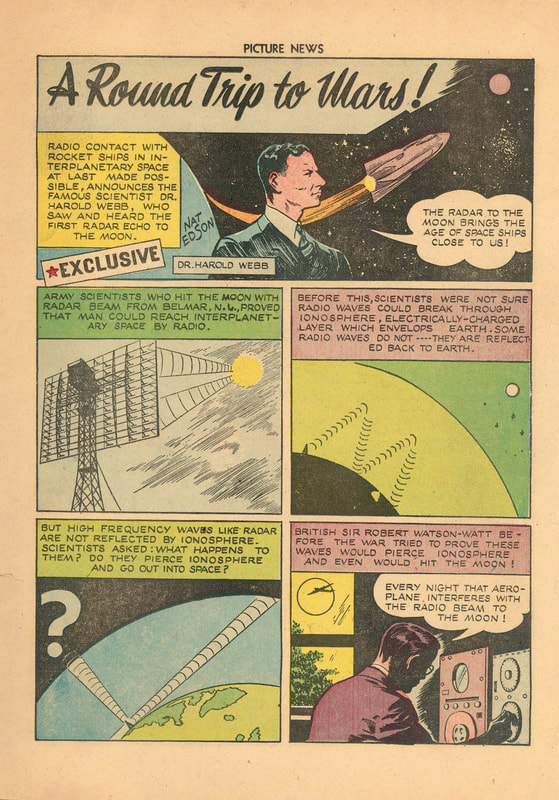